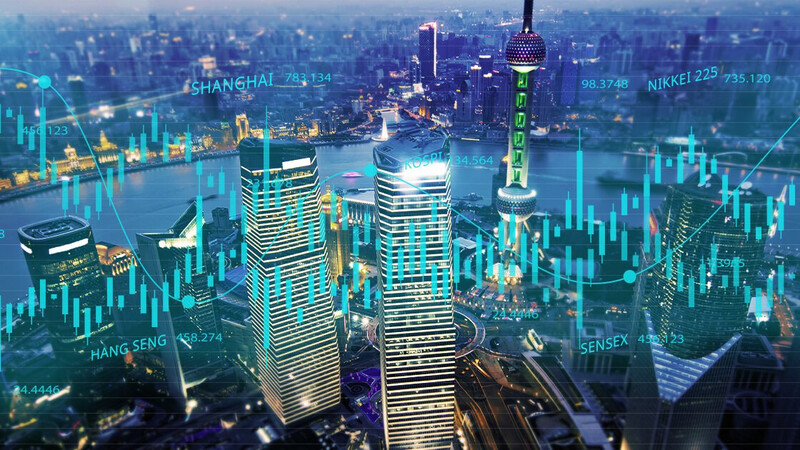 The macroeconomic situation has weakened further over the past month. Prospects for global stagflation have increased following the start of interest rate tightening by the US Federal Reserve and the disruption to global supplies of food and commodities caused by Russia’s war in Ukraine. Moreover, there are rising signs that zero-COVID-19 policies are contributing to slowdown in China, APAC’s biggest economy. Finally, the Japanese yen and other Asian currencies have depreciated sharply against the US dollar.

However, so far, these challenges have not seriously impacted commercial property investment in APAC. Preliminary indications from Real Capital Analytics show that aggregate investment transactions fell 12% y-o-y in Q1 2022, to USD35.6 billion. Seoul and Shanghai appear to have seen high deal volumes, whereas Tokyo and Beijing were weak. Given the severe COVID-19 restrictions in place over much of Q1 in two major investment centres, Hong Kong and Shanghai, with lesser restrictions in other cities, the decline could easily have been steeper.

Below, we summarise recent developments in APAC markets, and implications for commercial property.

Vacancy reaches a record high – The Grade A office market expanded in Q1 2022 after nine quarters of contraction, registering positive net absorption of 466,400 sq feet4. However, the overall vacancy rate was steady at 11.6%, and total vacant space climbed to a record high of 9.6 million sq feet, as new supply entered the market and space take-up in new buildings slowed down. Average rents came under pressure, dipping 0.6% from Q4.

Looking ahead, substantial new office supply in Hong Kong in 2022 will be concentrated in the decentralised areas, where rents are 40%-75% lower than in the CBD. Accordingly, we expect citywide weighted average office rent in Hong Kong to fall by about 4% this year, marking the fourth consecutive year of decline.

Leasing momentum was mixed during the fifth wave of COVID-19. In the most notable recent deal, the flexible workplace operator IWG leased the entire 64,800 sq feet of 8 Queen’s Road East in Wan Chai to launch its 18th outlet in the city. Meanwhile, Wells Fargo renewed its lease on 51,300 sq feet of space at Cityplaza Four in Quarry Bay, for a monthly rent of HKD2 million, while the fund manager Invesco will relocate from Admiralty to 37,000 sq feet of space at Jardine House in Central.

In the investment market, Henderson Land sold a podium at Arbour in Tsim Sha Tsui for HK$210 million (HK$21,000 per sq ft, 2.5% gross yield). Chinachem was awarded a commercial site in Tung Chung for HK$2.8 billion (accommodation value only HK$2,200 per sq foot).

New home sales contract – New home sales volume fell by 63% in Q1 from Q4, to 1,723 units5, the lowest level recorded since early 2016, with most units sold coming from existing stock in the market. Grand Victoria in Cheung Sha Wan, jointly developed by Wheelock Properties, Sino Land, SEA Group and K Wah International, became the best seller of the past month with 19 units sold.

Property consultants have observed that companies are now seeking more sustainable spaces and healthy working environments to maintain their talent pool and to attract new staff. Such prospective tenants seem prepared to pay a rent premium of up to 10% for green buildings possessing various levels of BCA Green Mark certifications. As of end-2021, 49% of buildings had a green rating, and Singapore targets 80% by 2030 according to its Green Building Masterplan. A recent example is Lazada One, a building which has undergone extensive improvements including incorporation of smart technology, sustainability features and a major facelift. This building has achieved 94% occupancy at higher rents than before its refurbishment.

Sales should recover after drop in February – After five months of expansion, total retail sales dipped 3.4% y-o-y in February. This drop partly reflected the timing of Chinese New Year in 2022, although the absence of tourists continued to impact sales categories such as department stores, food and beverages, and apparel and footwear. Total retail sales reached SGD3.2 billion, of which online sales made up 13.6%. Retail sales are generally expected to improve in coming months as COVID-19 restrictions are eased further, and as tourists start to return.

Resale value up 36% in March – Despite cooling measures introduced in December and the property-related tax announced in February, sales momentum has remained firm. Resale units sold in March totalled 1,302 versus 960 in February, an increase of 36%. Resale volume fell 31% YOY, but was 8% higher than the five-year average resale volume for March.

Leasing and investment activity firm prior to citywide lockdown – The finance and technology, media and telecoms sectors were the top drivers of leasing in Q1 2022, each representing 19% of new demand. Citywide net absorption was 273,000 sq metres, up 5% from Q4 20216. With new supply under control, the citywide vacancy rate stayed below 16%. Average rent rose by about 1% over the quarter. The most important new project launch was Shun Tak Centre, a 36-storey building with LEED Gold certification in the New Bund area. In late March, Shanghai went into lockdown, and construction and leasing activity was largely halted.

On the investment front, China Zheshang Bank acquired a 54,200 sq metre turnkey asset and 280 parking lots near the Lujiazui area of Pudong from the developer Greenland for RMB3.0 billion for self-use. The asset is in its final stage of construction and is expected to be delivered by the end of May.

Another office building developed by Greenland was divested through online judicial sale. The asset, Greenland Yingtong Tower located on the Huangpu Riverfront, was acquired by the real estate agency firm Pacific REHouse for RMB1.4 billion (RMB39,002 per sq metre based on above ground area) on 4 April. It was the third time for the asset to be listed on the Alibaba online auction platform by Greenland’s creditor China Orient AM Co., and the final transaction price was 20% below the initial listing.

Lowest supply for three years in Q1 – The food and beverages sector led Shanghai retail leasing in Q1, making up 45% of demand. With net absorption of 32,000 sq metres and no new supply, the vacancy rate dropped from 6.7% to 6.4%, a three-year low. The average rent for ground floor retail in Grade A malls increased 0.4% q-o-q to RMB34.9 per sq metre per day7.

The K11 group won the bidding to operate a retail project owned by the government in Jinqiao. This is the commercial portion of a mixed-use project spanning 420,000 sq metres, located above a subway station with three metro lines. The operating brand, K11 Select, will be introduced to Shanghai for the first time. Nationwide, this is the group’s third project with an asset-light management strategy, and it aims to launch 10 K11 Select projects in China by 2023.

Strong take-up and firm rent growth – In Q1 2022, the average rent for logistics warehouses rose 2.2% from Q4 to RMB1.6 per sq metre per day. This was attributable to expanding demand from third-party logistics firms handling cross-border shipments and automobile accessory manufacturers in higher-rent submarkets, such as the Pudong Airport area and Lingang. However, the citywide vacancy rate also rose, from 7.9% at end-2021 to 9.2%, following the conclusion of several online shopping festivals and related expiration of short-term leases8.

Increasing serviced apartment supply – Four serviced apartments totalling 632 units entered the market in Q1 2022, whereas only two projects totalling 413 units were launched over the whole of 2021. Average rent increased 0.1% to RMB8.8 per sq metre per day over Q1. The vacancy rate climbed from 15% to 17%, due to ample new supply and increased COVID-19 restrictions late in the quarter9.

In the residential sales market, after a mild rebound over the first two months of 2022, surging COVID-19 cases in March put a stop to the market’s recovery. Transaction volume was 2.66 million sq metres in Q1, down 16% y-o-y, and new supply of housing stock reached 3.03 million sq metres, double the level of Q1 2021.

The information in this market update is current as at April 2022 and does not necessarily reflect subsequent market events and conditions. This market briefing is provided for information purposes only and articles do not provide individual financial, legal, tax or investment advice. Past performance is not indicative of future performance. Graphs and charts are used for illustrative purposes only and do not reflect future values or future performance. The statements and statistics contained herein are based on material believed to be reliable but are not guaranteed to be accurate or complete. Investments strategies should be evaluated relative to each individual’s objective in consultation with their legal, investment and/or tax advisor. Schroders capital is not liable for any errors or omissions in the information or for any loss or damaged suffered.

Past performance is not a guide to future performance and may not be repeated. The value of investments and the income from them may go down as well as up and investors may not get back the amounts originally invested. All investments involve risks including the risk of possible loss of principal.